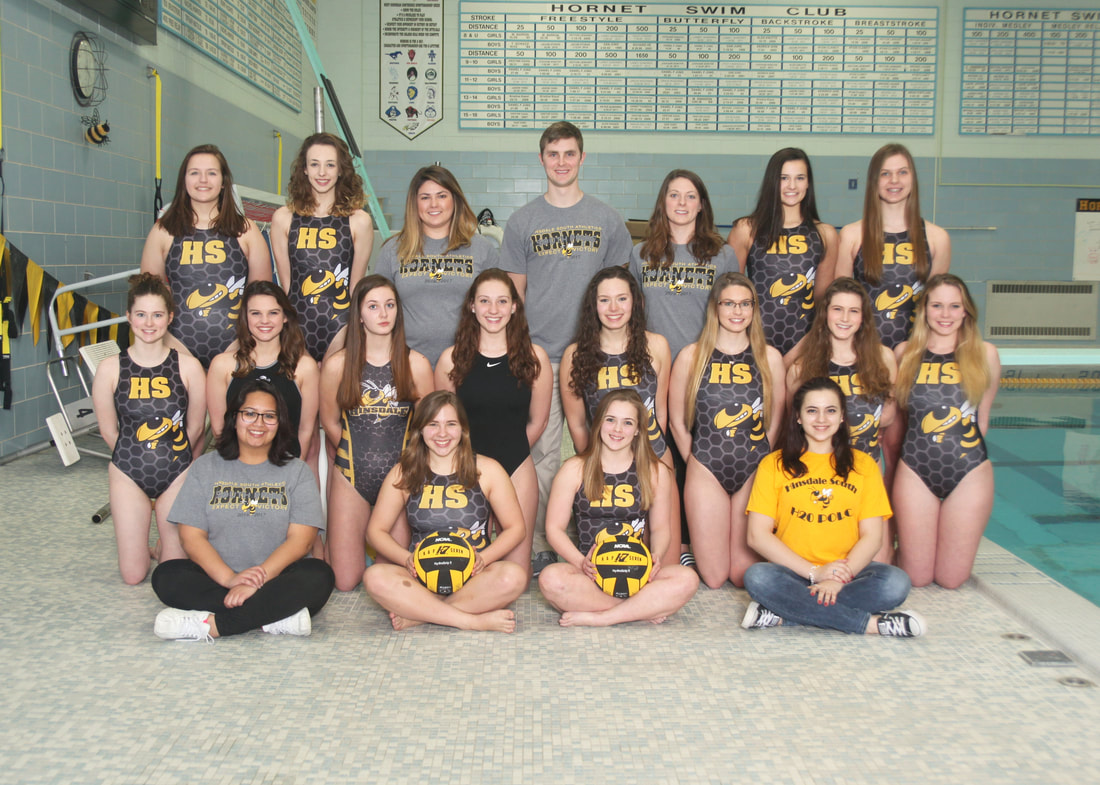 Week of May 1st

Kicking off the week with a game against Vernon Hills and celebrating our senior night. We moved well in the beginning of the game scoring early and often. As we started to sub girls in and out we kept the lead to finally win the match against Vernon hills. The rest of the week we prepared for our conference tournament, who we played Oak Park River Forrest to advance to the championships. Early morning game with some injuries we played well defensively against OPRF. Trying out new goalies, we positioned well offensively achieving 6 goals, the highest we’ve scored against the Huskies. The overall score was 16-6 OPRF. The girls played well and look forward to our Monday Sectional game against Hinsdale Central.
Week of April 24th

Tuesday, the Lady Hornets traveled out to St. Charles East. The girls played well against the Saints and playing well on defense in the first half. Our defensive skills could only hold them back so much, with their fast breaks St. Charles East won. Wednesday, our girls played Lockport at home. We had more offensive opportunities to shoot goal and get offense moving. Our plays worked at first but Lockport caught fast and used their counter attack. Lockport ended up winning the match. Finally traveling up to Schaumberg we moved well and spaced out. The Saxons were really good at turning our girls and attacking down. We got in the passing lanes and had good shots on goal. We lost in the end to the Lady Saxons.
Week of April 17th

​Week 8 comes to a close. This past week we played York high school for our 2nd to last conference game. The girls played a great game against a very competitive team. Overall the game ended in a loss for our Lady Hornets. Tuesday we played Morton high school, our last conference game. We were down going into the third quarter but found our groove in the 4th quarter to come back a little to late. Morton was ahead to much for us to win the game. Wednesday we played Argo. The girls played excellent in a 5 lane pool and were passing with great accuracy. We were down 3-7 at the end of the 3rd quarter. But similar to the Morton game we found our groove a little to late. At the end of the game it was 8-10 with Argo winning. The girls played one of their best games of the season and we look forward to our last few weeks of games gearing up for the post season. The rest of the week was just practice and Saturday we had prom. The girls who went had a blast and all smiles during our water polo picture!
Week of April 10th
​
Hinsdale South started out the week with a game vs. our cross town rivals Hinsdale Central Red Devils. The girls played a great game in and out of the water but ended up a loss against Central. Afterwards we sat down and shared a meal with our sister school to build sportsmanship. Wednesday we traveled to Maine East High School. The girls battled the first half tying up the score before the break. After the 3rd tiredness set in and we needed up loosing to Maine East 7-15. Then finally we made the trip out to Waubonsie Valley to play the warriors. Playing in an 8 lane pool can be difficult but we managed to spread out and run some of our plays to be blocked by a Waubonsie's good goalie. Overall we lost to the Warriors, the girls are getting better with each game. Our communication, ball skills, and water polo awareness is building.
Week of April 3rd

Starting off the week against OPRF with a loss. We played well on defense getting in the passing lanes and pressing properly. Tuesday night we played the the newly revamped team from Resurrection High School. The girls moved the ball well, transitioned from defense to offense quickly and shot well which ended up in a win for our Lady Hornets. We then had practice for two day then to have a home game against Hoffman Estates on Friday. Over many difficult calls the girls won 7-4. They shot well, positioned well and communicated to pull off the win.
Week of March 20th

The girls got to settle down a bit with only having two games in week 4 of the season. We traveled to St. Charles North to be challenged by fast swimmers. Defensively the girls played well but struggled to move the ball in an 8 lane pool. Our last game before spring break starts  we played Riverside Brookfield. We started off on a good note playing well and getting into the right position. RB started to kick up the counter attack and took the lead. Overall we lost the game vs RB but the girls are getting stronger and becoming a better team.
Week of March 13th

The girls had an early start to the week as we played Andrew and Richards. We lost both games but learned a lot how to play different styles of play. We spent the rest of the week focusing on a tournament that was held at Morton High School. A 4 team round robin tourney that was fun to play but difficult with only a limited amount of girls. Emily Vollmar was nominated as a all-team tournament player, and Mary Kochanski, Gillian Allen, Maggie Dunford, and Jacquelyn Haralamos played excellent offense. While Sofia Koledin and Katie Smith getting in the passing of lanes and playing excellent defense. We took home out second win beating Resurrection but losing to Morton and Argo.
Week of March 6th
​
First game was Monday against Matea Valley and it was tough loss but the girls were able to show us what they learned in the off season. Communication and skills have improved. We played our first conference  game against LT winning all the way until the 4th quarter and lost only by 2 points. Friday we faced Stagg, the girls showed true heart and pulled out a win 8-7. This weekend we were able to go against tough teams such as northside prep loosing by one point to them., rolling meadows but winning by forfeit, and another conference game against OPRF who is a tough and well conditioned team that we lost. Over all our record is 2-4 and we are still leading as a team. The girls are still excited for the season as we get on our way!